The pattern on these will bring you back to the original UltraBoost.

It's no secret that the NMD R1 has been one of Adidas' biggest and best shoes to come out this decade. When it first came out, the lifestyle shoe took the world by storm with its boost midsole with what looked like Lego brick on the side. It's an interesting design and clearly, Adidas thought so too because countless colorways and revamped models of the shoe have made their way to the market.

Now Adidas is back with another "triple white" version of the shoe, except this time the sneaker pays homage to the UltraBoost 1.0 with a similar primeknit upper. In a Consortium release a while back, A Ma Maniere did something similar to the NMD but it was a black upper instead of white. 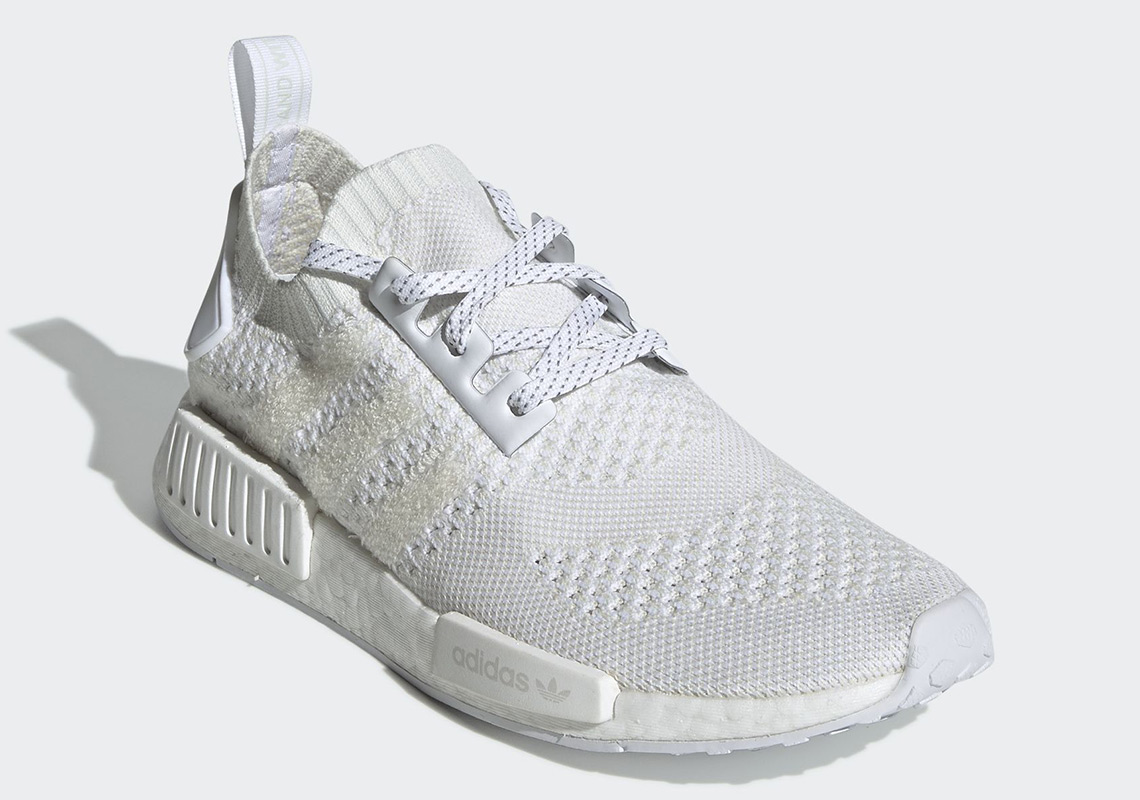 As of right now, the shoe is available at retailers overseas such as Asphalt Gold and should be available in the United States sometime soon. According to Sneaker News, these will cost $155 USD.

Will you be looking to cop or are tired of the triple white NMD colorways?

Drake's "Scorpion" Was The Most Popular Album Of 2018