Adidas is looking to release a Chinese New year pack of their own.

It's no secret that Nike will be releasing their coveted Chinese New Year pack within the next few weeks, so it only makes sense that Adidas is following suit and is releasing some Chinese New Year themed sneakers of their own. So far, we have a look at two CNY models including a Yung 96 and a Superstar.

Both of these shoes use a lot of red which is a symbol of happiness and luck within Chinese culture. On the Yung 96 specifically, the upper is dressed in red suede and leather. There are also hints of black and olive green suede on the sides. The midsole of the shoe is white, although there is some yellow near the back. You can also find a Dragon face etched into the back heel. 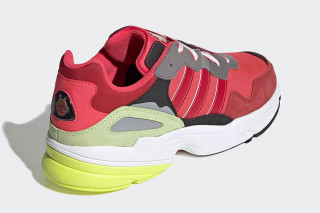 The Superstar is much more basic in terms of its colorway. The upper is white leather with hints of red on the laces and red stripes on the sides. Red suede with the dragon etching can be found on the back heel of this sneaker as well. 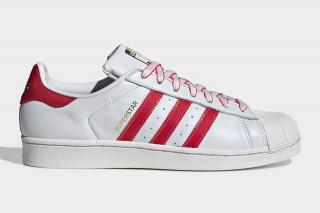 According to Highsnobiety, there are no release details just yet but considering Chinese New Year is about a month away, expect these to release sooner than later.