The Yeezy brand has been put into question as of late.

Kanye West began his foray into sneakers in 2007 when he secretly started working on a special shoe for Nike. If you’ve been a sneakerhead for a while, you’ll know that sneaker was the Nike Air Yeezy 1. When the shoe released in 2009, fans were mesmerized by the new design. With so much hype around the shoes, sneaker lovers were expecting a follow up to West’s creation. A few years later in 2013, they would get exactly that as the Air Yeezy 2 was revealed to the world. This model received even more hype, which was reflected in the resale prices. For example, the Air Yeezy 2 “Red October” goes for $8000 USD on StockX, while the “Net Tan” Air Yeezy 1 goes for $2250.

When Ye made his way to Adidas, the hype followed him. The Yeezy 750 was a huge success when it was released in February of 2015, with pairs selling out instantly. A few months later, the first version of the Yeezy Boost 350 was released with as much hype following suit. A full year later in September of 2016, West dropped the first colorway of the Yeezy Boost 350 V2, a shoe that is still seeing new models today. All of the shoes above share a common link: they were almost impossible to cop upon release.

Thanks to low stock numbers, surprise releases that caught sneakerheads sleeping, and ridiculous stacked raffle odds, your chances of securing a pair of Yeezys were practically zero. This created inflated resale prices that had sneakerheads mortgaging their houses to finally feel like they’ve copped the holy grail of shoes. Adidas and Ye caught flack at first for releasing shoes in such low stock numbers. At one point, West even promised that eventually there would be “Yeezy’s for everyone.” After the second release of the Yeezy Boost 350 V2 “Zebra” in June of 2017, this promise started to come to fruition.

The next round of 350 V2’s released after that were the “Yebra,” the “Beluga 2.0,” and the “Blue Tints.” Each pair came out in the fall of 2017, with only the “Yebra’s” being limited. As you can tell from the chart below, the “Beluga 2.0” and “Blue Tint” are among some of the highest produced version of this model.

In 2018, the “Butter” and “Sesame” continued to fulfill Kanye’s prophecy. Then, in September of 2018, Ye had a huge “Cream” restock which essentially made it possible for anybody to cop a pair if they wanted them. “The triple white 350 release fulfills YEEZYS democracy philosophy,” West wrote on Twitter. “Removing the concept of making limited product this is the most widespread release today.”

If you understand basic economics, then you know the principles of supply and demand. For instance, if something is in high demand but the supply is low, then prices will be very high. If demand is low but supply is high, then prices are low. In rare cases, you hit the sweet spot where supply matches the demand, which creates aftermarket prices that mirror retail prices.

As Yeezy stock levels have gone up, resale prices have come down. One of the more rare Yeezy 350 V2 colorways is the “Red Stripe.” That shoe goes for over $1000 on StockX, while the “Cream” version sells for an average of $283 USD which is only $60 above retail. The increase in stock numbers and the decrease in resale value has led some people out there to make the assertion that Yeezys are “dead” and “irrelevant.” While it’s true that Yeezys don’t have the same collectibility they did before, to say they’re dead is completely wrong. In fact, you can easily make the case that the Yeezy brand is stronger than ever.

Sure, resale prices are down and more people are getting their hands on the shoes than before but that was always Kanye’s goal from the beginning. With more people copping Yeezys, the shoes become more visible, and thus, more desired. Quite simply, Yeezy was always meant to be a Global brand, it only needed some time to get there. If you were looking for a concrete example of how well Yeezy is doing, look to March of this year. Last month, there was a Yeezy release every single weekend and the shoes sold out each time. 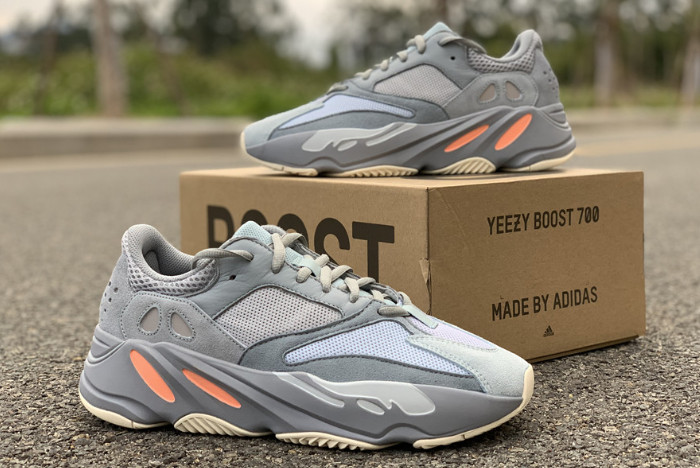 On March 9th, the Yeezy Boost 700 “Inertia” made its debut to rave reviews. Just a week later, the Yeezy Boost 350 V2 “True Form” and “Hyperspace” colorways released in Europe and Asia respectively. March 23rd saw the release of the 700 V2 “Geode,” while the 350 V2 “Clay” was released on the 30th. Despite all the talk about Yeezy hype being dead, the shoes still sold out.

Try buying a pair of one of these shoes on StockX for below retail. Some pairs come close to the retail price but you won’t be able to get them for a penny less. Why? Because people bought them in droves.  The fact that these shoes are still going above retail proves that the demand is lower than the supply being provided. While some colorways are made with the purpose of seeing a more general release, West is making sure that there are always some special models like the 350 V2 “Static Reflective” that keep sneakerheads hungry.

If you’re looking for further proof that Yeezys are still relevant, consider the announcement that a Triple-Black colorway of the 350 V2 is on the way. Fans have been waiting on a 350 V2 model that looks like the infamous “Pirate Black” colorway from the first version. Well, now it looks like that will finally come to fruition and sneakerheads are losing their minds. Some sneaker plugs are already asking for preorders on the shoe and they’re going for upwards of $600 USD. Based on this fact alone, it should be pretty obvious that the Yeezy hype is still very real.

Not to mention, Kanye has promised a basketball sneaker that his wife Kim Kardashian was recently spotted wearing. This is another shoe that has garnered quite a bit of hype and when it finally releases, it will surely add even more prestige to the Yeezy brand. Even if you don’t like the design of the shoe, there is no denying that it will make its way onto NBA courts when it drops. When it comes down to it, calling Yeezys dead is what can make the sneaker community a toxic place to navigate at times. While true collectors and fans of the shoe will continue to cop, salty resellers who aren’t making big profits like they used to will try to convince you that Yeezys suck. The next time someone tells you Yeezys aren’t relevant, really think about what they’re saying and what their intentions are. Disliking the shoe is one thing, but completely discrediting its influence is a whole other ball game.

YBN Cordae Is Cozying Up With Tennis Sensation Naomi Osaka

Ski Mask The Slump God Reflects On A Bittersweet Birthday