The Air Force One is a classic.

Nike has been gearing up for the month of March with a plethora of releases including multiple colorways of the brand new Nike Air Max 720. It's a sneaker that Nike has been pushing for a while now and they seem to be excited about its future. One of the other big releases coming up for March is the "Have A Nike Day" pack which contains a whole slew of shoes, mostly Air Max models. Now, the Beaverton brand is adding the Nike Air Force One high to the list of shoes that will be a part of this pack that pays homage to a classic commercial from the 1970s.

Just like the other shoes in the pack, these kicks come in some funky pastel colors, including salmon, aqua blue, and lavender. On these, the knit upper is made of aqua and black, while the back heel is in salmon. Lavender, salmon, and aqua all find there way onto the outsole of the shoe, while the midsole is dressed in white. There is also a Nike smiley face pin on the laces. 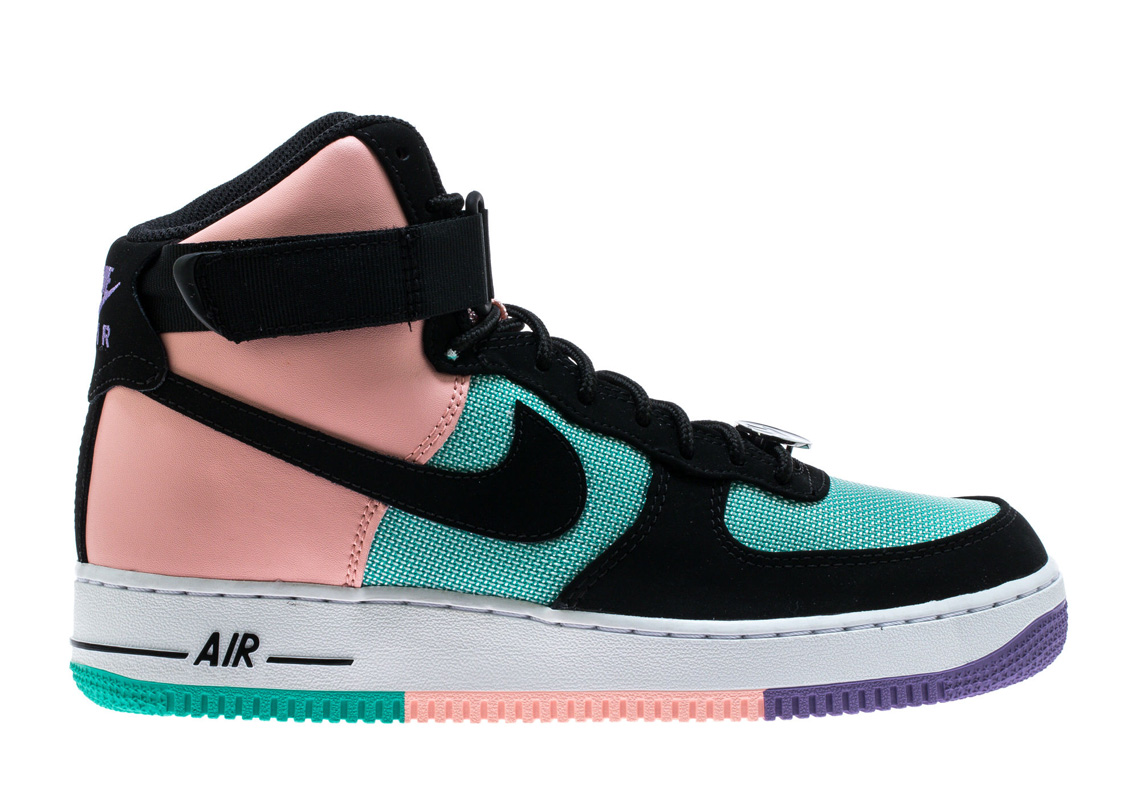 According to Sneaker News, these will be dropping on March 1st along with the rest of the pack, for the price of $110 USD.