More colorways are coming to the Air Max 720.

Nike has been going hard lately with the promotion of their latest Air Max sneaker, the Nike Air Max 720. Over the last couple of years, Nike has been going all out with the Air Max units, with each shoe getting more and more air bubbles. Well, the 720 is more of the same as this time around, the air max unit wraps all the way around the shoe in a 360 fashion. To launch the shoe, we've seen multiple colorways that range from monochromatic to some colorful gradients. Nike is now showing off another new colorway of the Air Max 720, this time in another solid version. 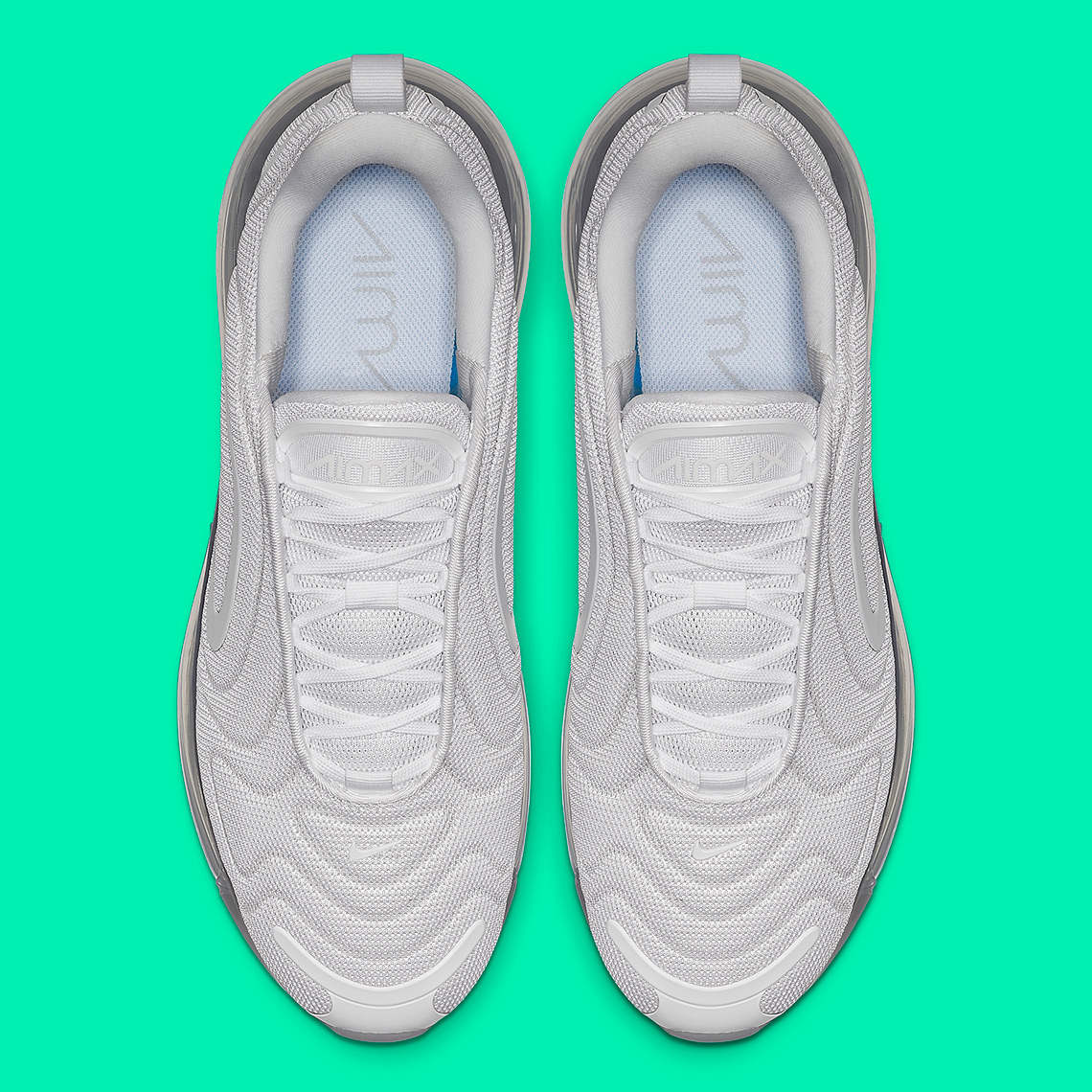 This new colorway is dubbed the "Metallic Platinum." As the name suggests, these shoes are whitish-silver all-over. The upper and the air max midsole blend seemlessly into one another and for what seems to be a pretty sleek and stylish colorway. These may not be the flashiest sneakers, but overall, it's a solid colorway that could make for a good introduction into the new model.

According to Sneaker News, there is no official release date but they should be coming out in time for the end of the month or even March. They will run you $180 USD.