The LeBron 16 continues to get new colorways.

With LeBron James in the midst of filming Space Jam 2, it only makes sense that Nike would want to ride the LeBron wave by releasing new colorways of the LeBron 16. By next season, we will have an all-new LeBron model but that doesn't mean the LeBron 16 can't get a little bit of love once and a while. A new colorway of the LeBron 16 recently surfaced and as of right now, it is being called "Agimat."

Agimat is actually a Tagalog word that means "charm" so as you can imagine, this is a pretty dope colorway. The upper appears to be covered in navy blue materials while a gold Nike swoosh and LeBron logo are found throughout. It's a pretty clean looking shoe that is topped off by a zipper that goes all the way down the tongue. If you're a LeBron fan who needs some new basketball kicks, these could certainly be a great pick up.

According to Sneaker News, there is no confirmed release date although it is believed they will cost $185 USD. There is also a possibility that these could be a Philippines exclusive. 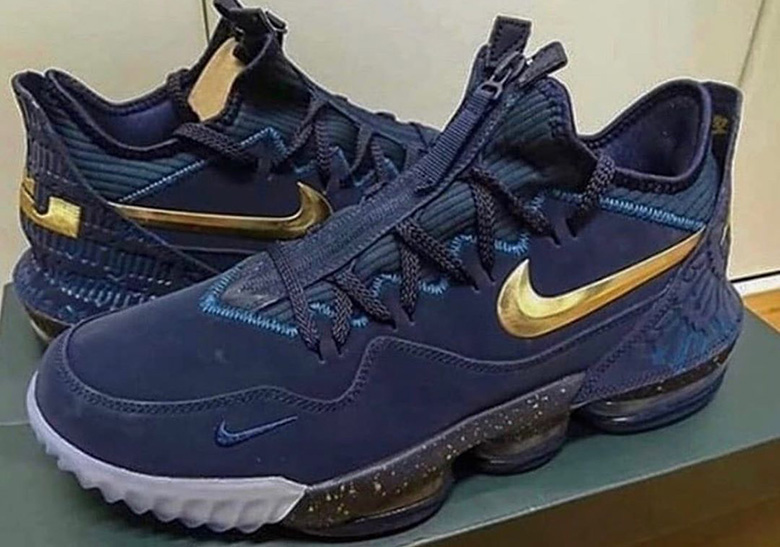