When you ask a sneakerhead what silhouette they believe is the most iconic in the history of sneakers, they will probably say the Air Jordan 1. This is a shoe that was debuted by the greatest basketball player of all time, Michael Jordan, back in 1985. It was his very first signature sneaker with Jordan Brand and what an introduction it was. It's a shoe that caught on immediately, and over the last 37 years, it has only grown in popularity.

From original colorways to unique collaborations that have left fans in awe, there is no doubt that the Air Jordan 1 has given collectors plenty to talk about. Having said that, one should be aware of the fact that not every single Air Jordan 1 is obtainable to the average joe from a price standpoint. The sneaker market has exploded over the last decade or so and at this point, some shoes may require a loan. There are a few Air Jordan 1 models that fit into this unfortunate trend, and today, we have decided to break down five of the most expensive Jordans that you can purchase.

If you're reading this, some of these are probably your grails, while others will leave you scratching your head wondering, "who would ever pay that much money for this." Regardless, there is history here, so hang on to your hats as these prices might leave you bewildered and perhaps even a bit discouraged.

The first sneaker on our list comes from the rock band Shinedown. While some of our readers may have never heard of the band, it just so happens that their guitarist Zach Myers is a huge sneakerhead. Back in 2018, his love of sneakers eventually culminated into a band-exclusive sneaker that still gets sneakerheads giddy. This is because the shoe features a unique yellow, black, and white colorway that hasn't been done on a general release. The shoe's yellow toe is distinct and the black exclamation point on the back also makes this unique to the band. Even now, this shoe is highly regarded as one of the best Jordan 1 PEs out there, and if you want a pair, you can expect to shell out just $14,000 USD.

In 2017, French boutique Colette decided to close its doors after 20 years. This was disappointing news for many consumers, however, it did lead to a pretty amazing shoe. Nike decided to hit Colette with a special gift in the form of this Air Jordan 1. The shoe contained a white base with gorgeous blue overlays. From there, the years 1997 and 2017 were written on each side to showcase the first and last years of business. Two dots are placed on the back heel and to bring it all together, we even have "Au Revoir" written on the outsole. These pairs were extremely limited, and now, you need $14,300 to be able to afford yourself a pair. Needless to say, the legacy of Colette has factored into the price quite heavily.

UK artist Dave White released this shoe all the way back in 2011 and at the time, only 23 were produced as they were sold at auctions. The shoe is one of the most unique Air Jordans to ever be produced as it doesn't fit the traditional color blocking. As you can see, there is a huge flash of gold at the front while the back part has red, white, and blue. These elements come together to create a very interesting-looking sneaker that creates quite a bit of intrigue. These days, the shoe is just under $19K which is a pretty penny if you ask us. Either way, it's a one-of-a-kind piece that any collector would love to have.

When this shoe was released, Nike was marketing it as a shoe that was "banned" by the NBA. Of course, that was not true. It was the Nike Air Ship that had actually been banned by the league, but for Nike that wasn't an issue. They had sneakers to sell and they did so in the most shameless way possible. Regardless, the "Bred" colorway has become a staple of the Jumpman line, and that is never going to change. The red and black aesthetic goes perfectly with the Chicago Bulls uniforms, and it is a blueprint that has led to other fire colorways like the "Royal." With that being said, the OG "Bred" from 1985 has skyrocketed in price over the years as collectors try to get a taste. Now, this shoe runs for a whopping price of $23,450 which is enough to make you reconsider your hobby. 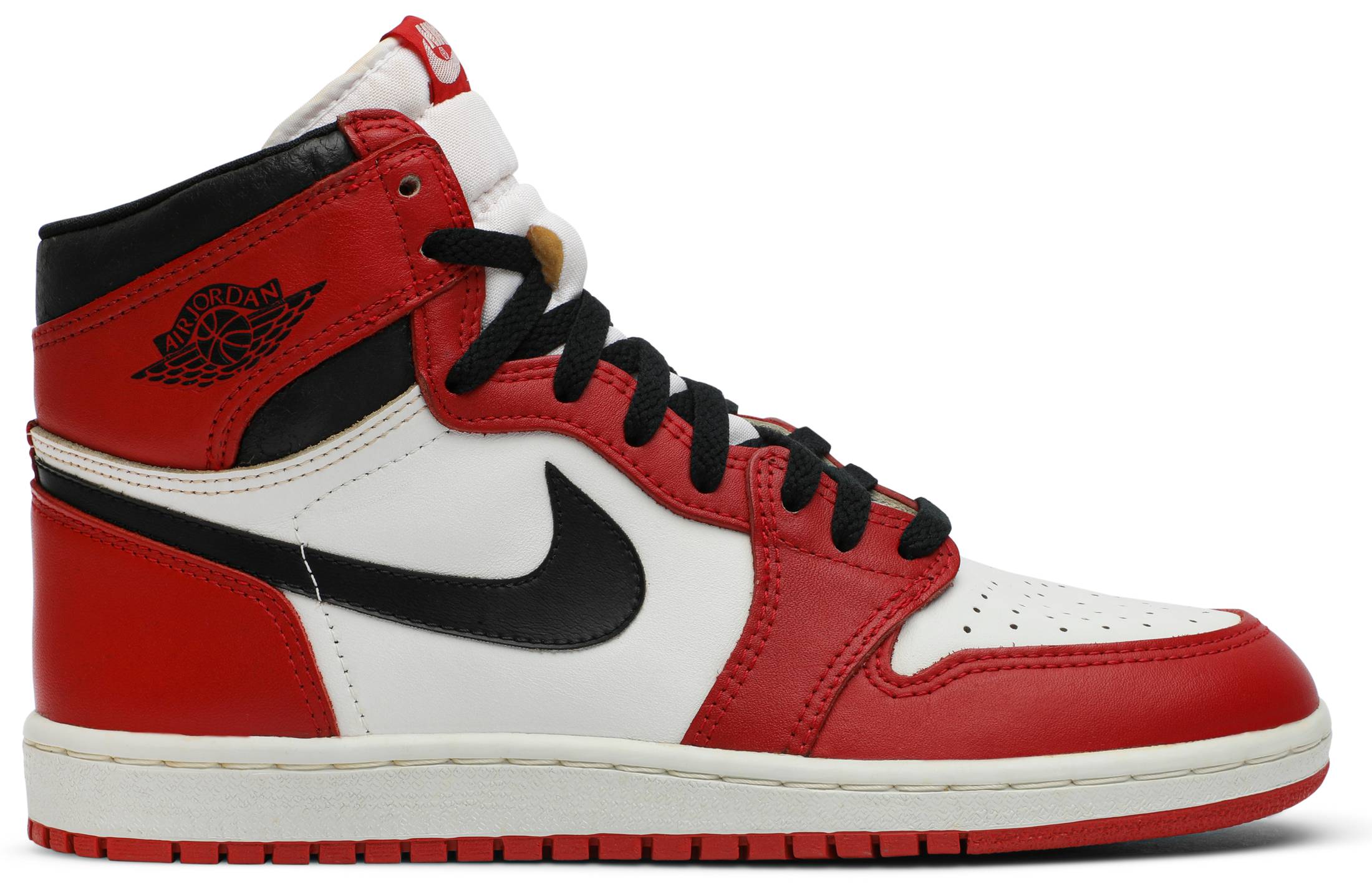 The Air Jordan 1 OG "Chicago" is the shoe that started it all. While the "Bred" colorway might be more popular from a taboo standpoint, you can't help but love the history behind the "Chicago" offering. This is the first Jordan 1 colorway that MJ ever wore, and it is also the most popular. It was named after the city of Chicago due to the fact that the color scheme was unique to the Bulls. From the white side panels and toe box to the red overlays, this is a shoe that screams "Michael Jordan." It is a shoe that has been a part of numerous marketing campaigns and these days, it is a sneaker that fans are always clamoring for retros of. The original 1985 version is one of those grail-type pieces that sneakerheads salivate over, and it should come as no surprise that the average pair goes for a price of $25K. As time goes on, these will only get more expensive.

Let us know which of these Air Jordan 1s is your favorite, in the comments down below.

Azealia Banks Continues Her Beyoncé Rant, "We Like White Yoncé"