Adidas is going all in on the LXCON.

Thanks to some celebrity promotion courtesy of Jonah Hill, Adidas fans quickly became excited about a brand new model that carries the dad shoe trend with pride, the Adidas LXCON. With a chunky midsole, some interesting tooling on the upper and odd lacing system, these were bound to be a hit amongst consumers looking for something a little different. The brand with three stripes has already shown off and released two colorways thus far and are now showing off a more basic black colorway, that also features some green highlights.

There is a chunky black midsole and all-black mesh upper that makes these look incredibly sleek. As mentioned before, these have a dad shoe aesthetic, but still, manage to remain less bulky than you would imagine. Going back to the lacing system, there is some green tubing that makes an "S" shape on the side. This tubing is eventually what is used for the laces to go through. It's a pretty cool feature that you won't really see too often. 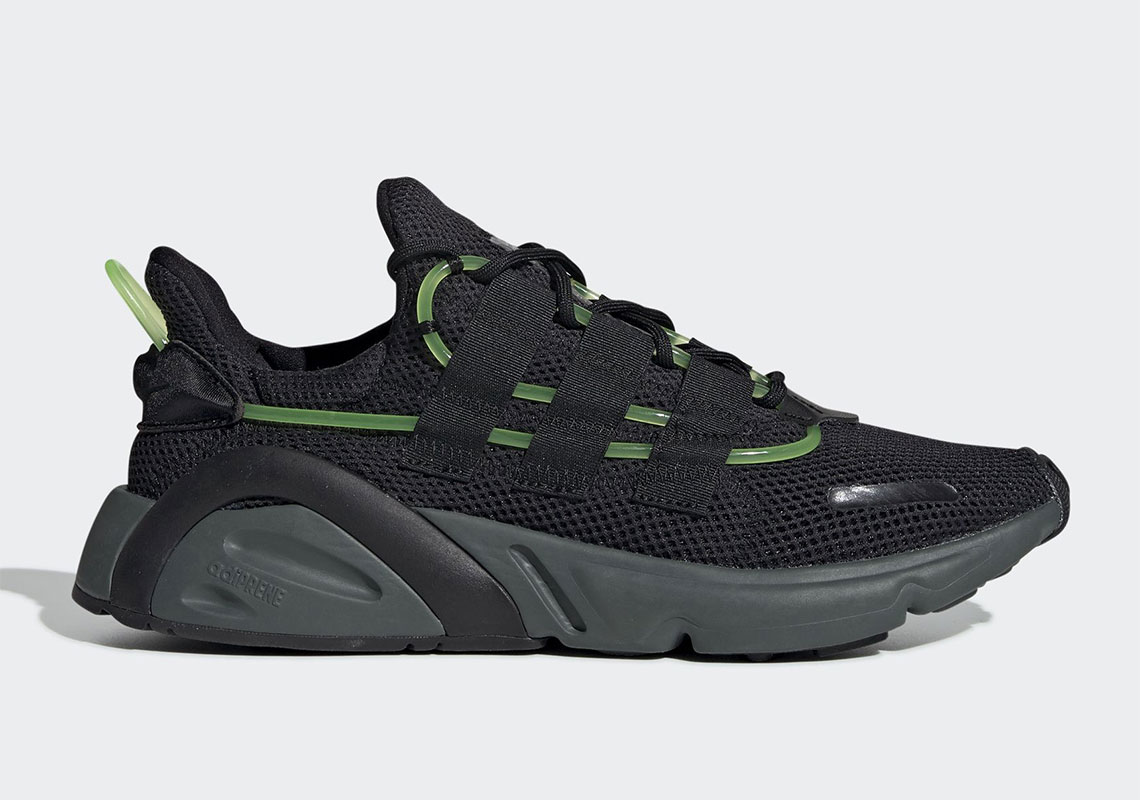 These will be coming out in a month or so from now. You'll be able to cop these for $120 USD on March 23rd at Adidas.com, according to Sneaker News.