This Jordan 1 is made unique by its netting on the sides.

There have been so many different colorways and reworkings of the Air Jordan 1 over the years that it's almost impossible to keep track. Jordan Brand loves to try and innovate so its no surprise that they would continue to experiment with their silhouettes, even if it means getting some sideways glances from the purist sneakerheads out there. Over the last few weeks, one of the newer models of the Air Jordan 1 that the brand has shown off is the "Cargo" version. This sneaker has a military aesthetic thanks to the midfoot being hidden by cargo netting.

While few colorways of the shoe have been revealed, Nike is looking to change that as a model has made its way to the internet. This time, the shoe is white all over, except the Nike swoosh hiding underneath the cargo netting is black. The shoe comes with a hangtag along the side with the wings logo. On the inside of the said tag, there are some orange and silver highlights to add a bit of color. 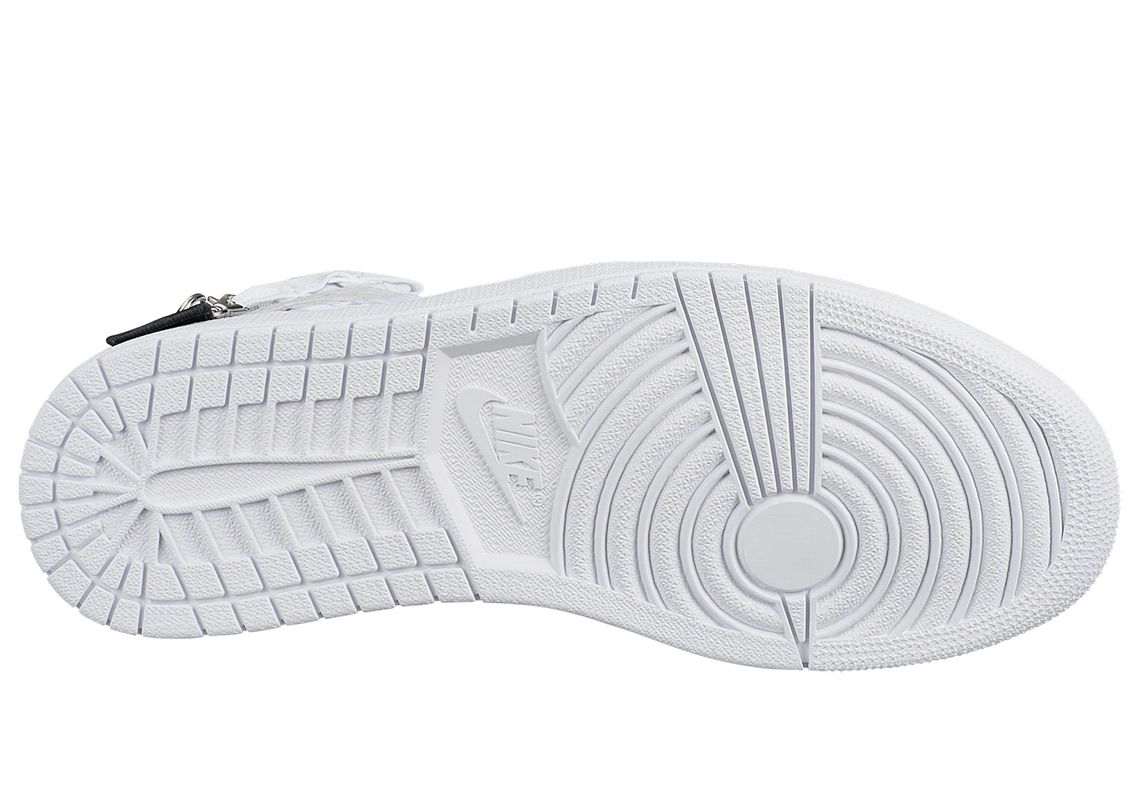 There is no official release date for this sneaker just yet, although Sneaker News is reporting that it will come out sometime this month for $130 USD.