The kicks are looking super clean.

Nike has been showing off an array of Chinese New Year-inspired shoes recently, which only makes sense considering the Beaverton brand has released CNY packs throughout the last decade. Now thanks to Hypebeast, we have a closer look at one of the pairs that's part of the pack, the Nike Air Flightposite "Chinese New year."

The shoe features hints of purple and pink all throughout the upper, with what looks like some triangular patterns to add a little bit of flair. The zipper has black all around it with a purple/pink Nike swoosh on the side that's outlined in gold. 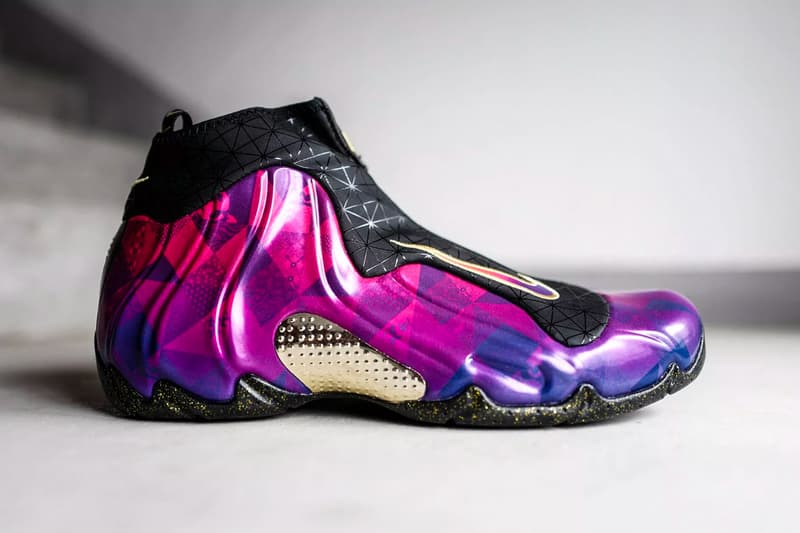 Making the look of the shoe even more unique, it some special branding on the heel, as well as a praying hand logo on the tongue. The outsole of the sneaker is black with gold speckles which makes the shoe stand out even more. These definitely have a ton of color.

According to Hypebeast, these will be released in China on January 10th and will see a wider US release later on. The price of the shoe is still to be determined.

Rick Ross, T.I. & 70 Others Confirmed For Dreamville's "Revenge of the Dreamers III"