Nike Air Max 270 Home & Away Pack Is Coming To Seattle

Seattle sports fans are going to love these.

Nike has been going all across the United States with their "Home and Away" pack which typically brings two colorways of the same sneaker to a given city. This time around, the Beaverton brand is bringing the pack to Seattle for some pretty interesting sports-themed colorways. As for the model itself, well, Nike is going with the comfortable Nike Air Max 270 which is still getting a ton of support despite the release of the Nike Air Max 720 which is the model that is meant to replace it.

The "home" version of the shoe will be coming in Seattle Supersonics colors. Nostalgic NBA fans will remember them for being the team that ultimately moved to Oklahoma City. The show has a white upper with a red air max unit and green on the back heel. Meanwhile, there are interchangeable Seattle-themed patches that go on the back. As for the "away" version, that will be coming in Seattle Seahawks colors. They are grey on the top but feature navy blue highlights and a neon yellow air max unit and lining. The "away" version will also feature the interchangeable patches. 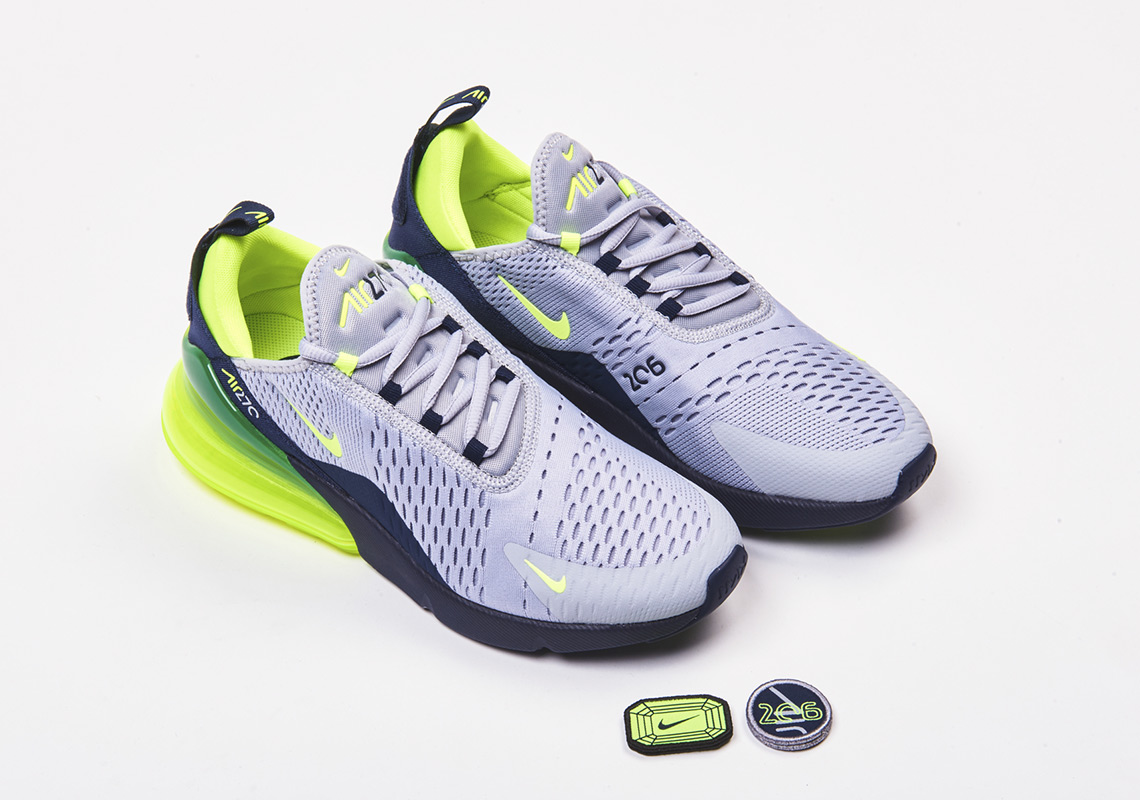 According to Sneaker News, these will be released exclusively at Foot Locker on Friday, March 8th for $150 USD. 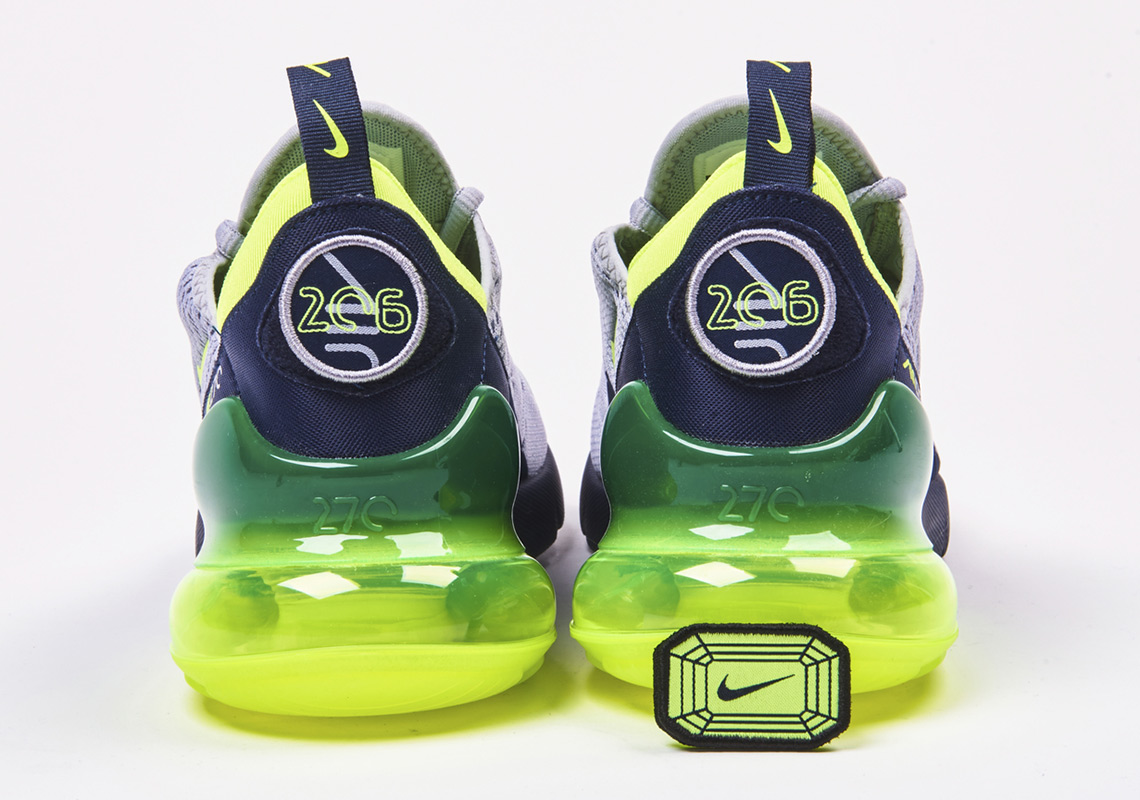