Nike is starting 2019 out with some updates to some already established models. One of those updates is the brand new Nike VaporMax 3.0 which is as the name suggests, the third installment into the VaporMax series. The VaporMax is a unique running shoe thanks to its midsole and outsole which is completely made of air pod units. While the shoe was originally looked at with some concern, the comfiness it exudes more than made up for the futuristic looking design. Now with the 3.0, Nike is going for an UltraBoost 4.0 vibe with the flyknit upper coming in a parallel line pattern. Now that the 3.0 is out, it only makes sense that Nike is coming with some cool new colorways.

One of these new versions is the "Blue Fury" model which features an all-over blue upper. Blue also finds its way onto the air pod unit. There are hints of black on the tongue, cuff, and back heel of the shoe. Meanwhile, bright crimson accents can be found throughout the flyknit and on the Nike swoosh as well. 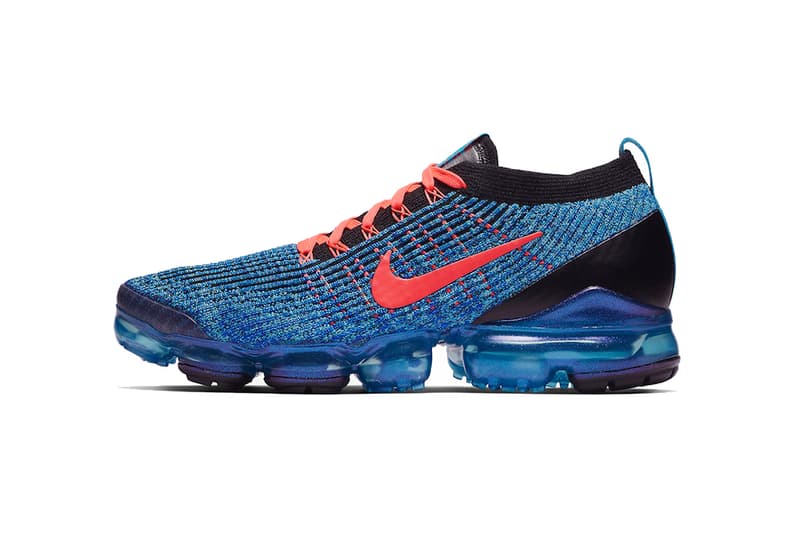 If you're looking to cop this gorgeous colorway, it will be available on Nike SNKRS and at select retailers as of March 9th for $190 USD, according to Hypebeast. 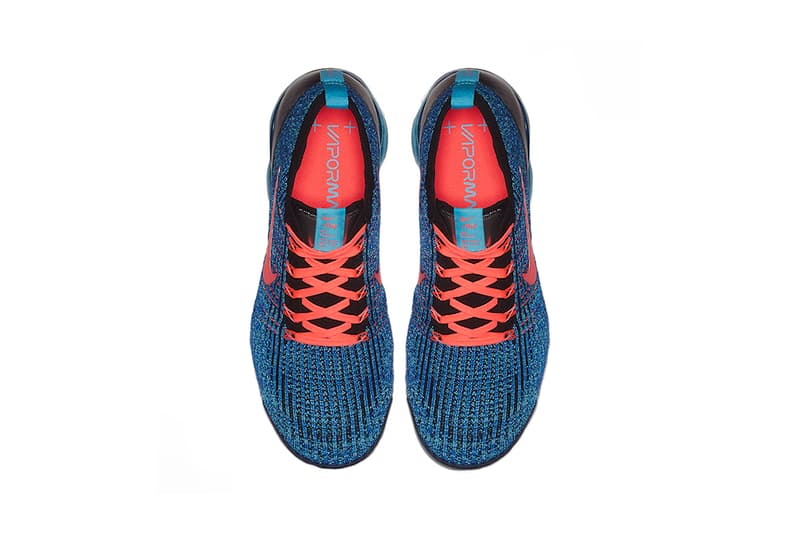 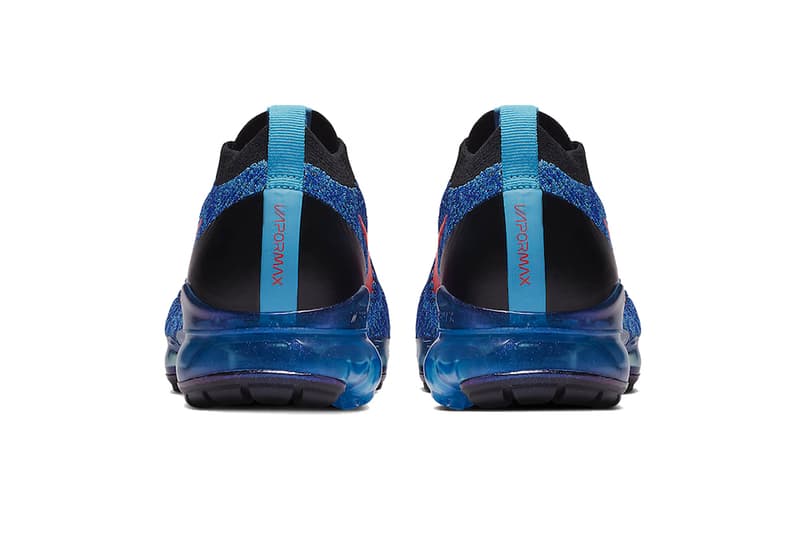