A clean black and white colorway is coming to the Kyrie 5.

Since Kyrie Irving got a signature sneaker deal with Nike, his shoes have been consistently amongst the most popular in the Nike Basketball library. It makes sense considering what an incredible talent Irving really is. With an NBA championship under his belt, the star continues to thrive with the Boston Celtics. The team has had some growing pains this year but other than that they look like they could be the favorite to represent the Eastern Conference in the NBA Finals this season. Performance aside, the Kyrie 5 continues to get some pretty dope colorways and that streak continues with this new "Cookies & Cream" model which is set to release quite soon.

The sneaker features a white knit upper, with a black Nike swoosh and a black midsole. The back heel is also black while the midsole contains some white speckles. On the tongue, you can find Kyrie's logo. The laces are white with black guards interwoven throughout. 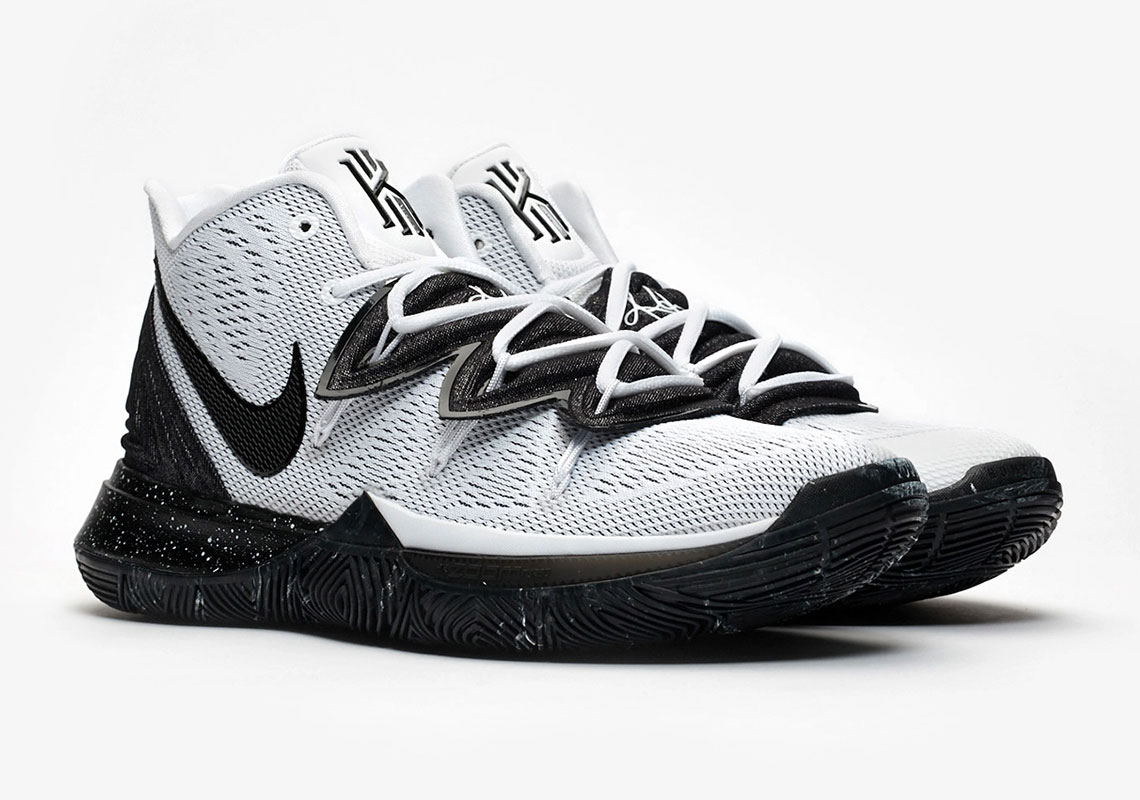 As for the release date, these are dropping this Friday, February 22nd for the standard Kyrie price of $130 USD, according to Sneaker News.

If you're looking for a clean looking basketball shoe that not only looks good but performs well out on the court, these very well may be for you.