The LeBron 16 Low is coming in a brand new lowkey colorway.

As is usually the case with high cut and mid-cut shoes, a low cut variation soon follows. This has been true of most Jordan models as well as the LeBron shoe that has become a staple of the Nike Basketball lineup over the last 16 years. The LeBron 16 is this year's model and has seen some pretty interesting colorways. One of the most recent updates to the shoe, however, is a low top model which pretty well everyone saw coming. Now, we have some detailed images of one of the first Nike LeBron 16 Low colorways to come out, which is looking to be quite lowkey.

There is no official name to the colorway but based on the images, it's clear that black and tan are the key tones here. The entire upper is dressed in black battleknit, with a white Nike swoosh and LeBron James signature on the tongue. A lion with pink eyes can also be found on the tongue, adding some really interesting detail. The back heel of the shoe is tan-colored, with a crown etched in. As for the midsole, the back half is black while the front half is white. The outsole of the shoe is also white, although there are some icy blue details near the front. 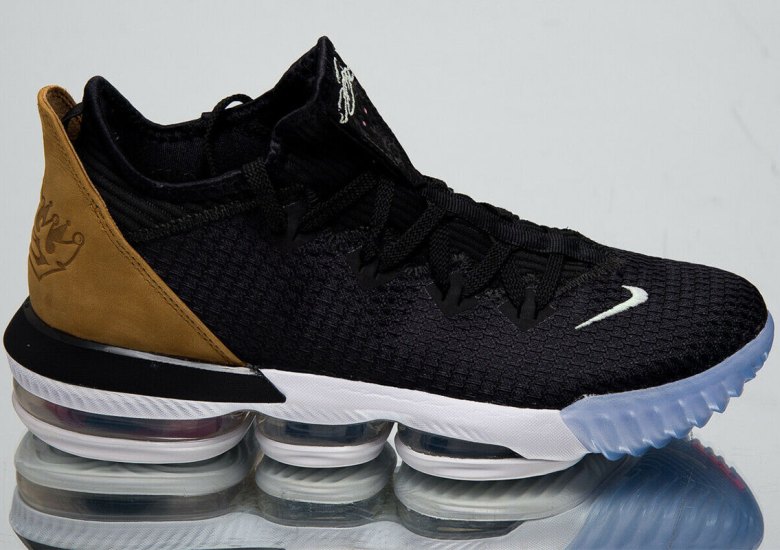 According to Sneaker News, these kicks will be released on Friday, March 15th for $160 USD. 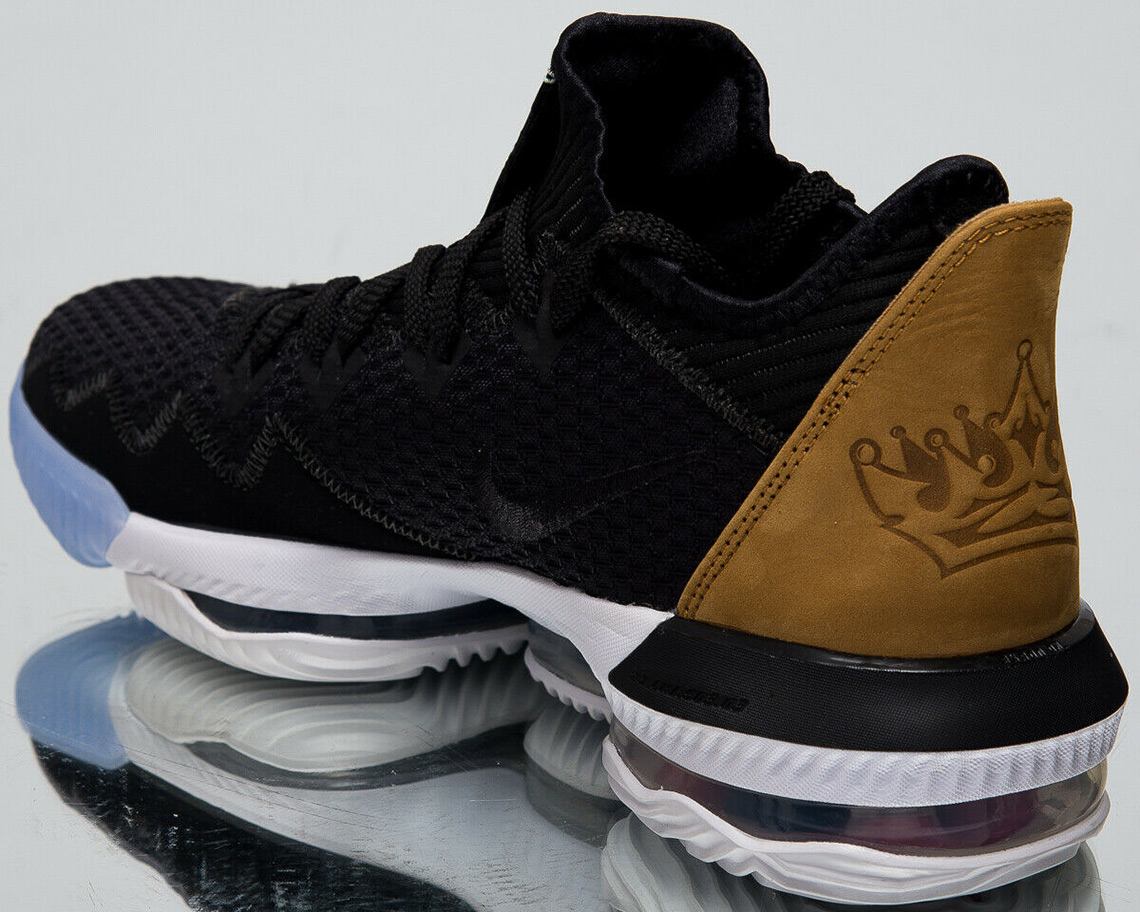 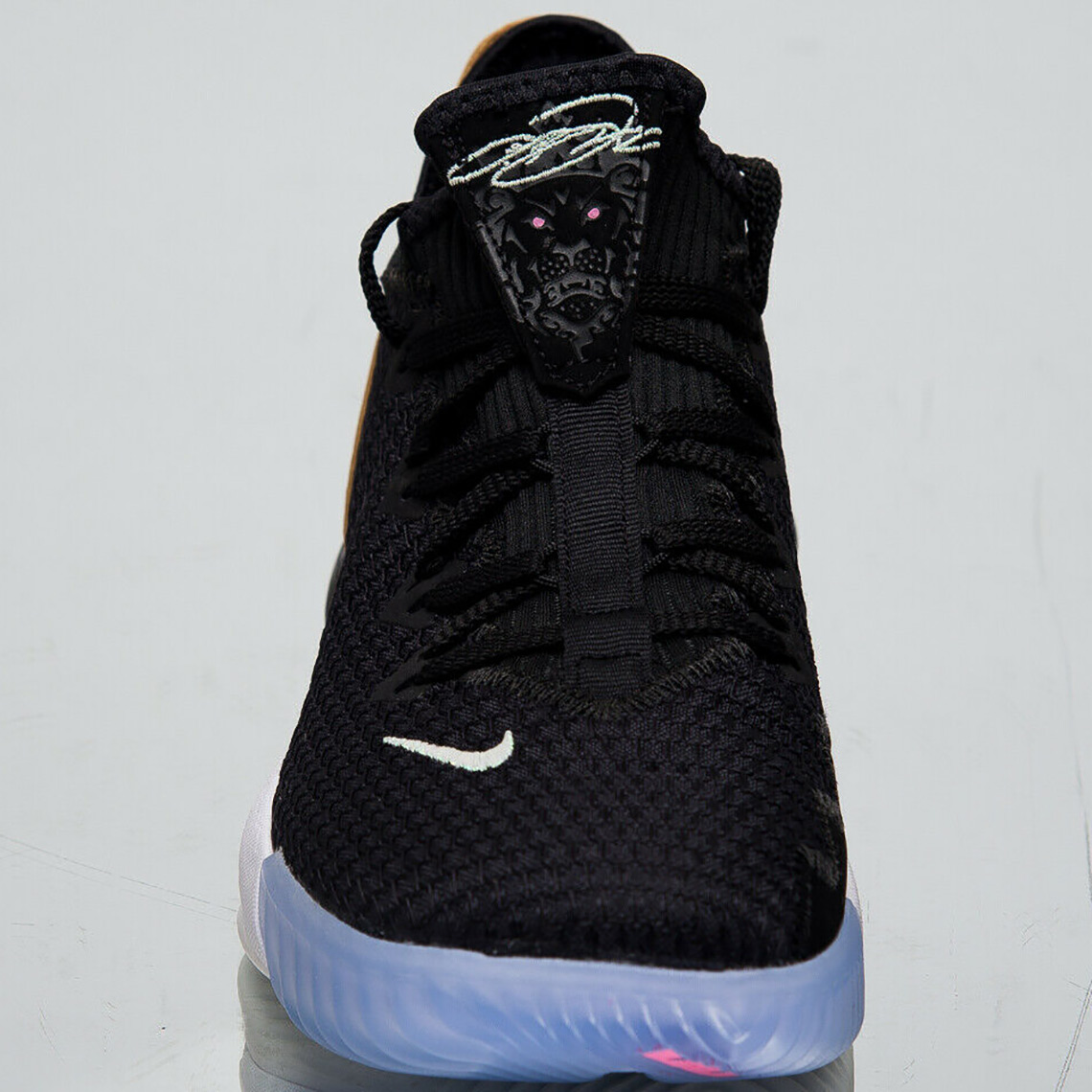 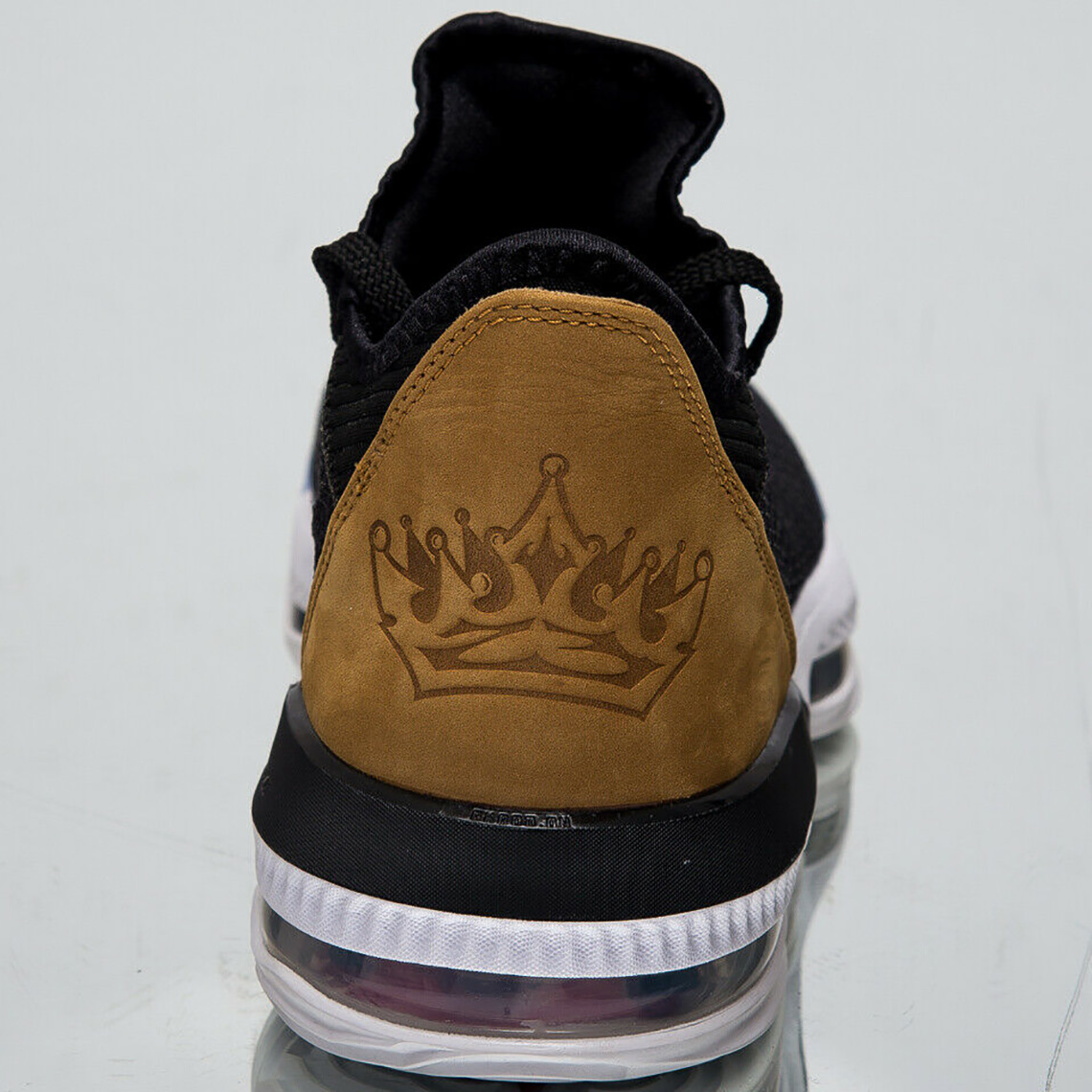 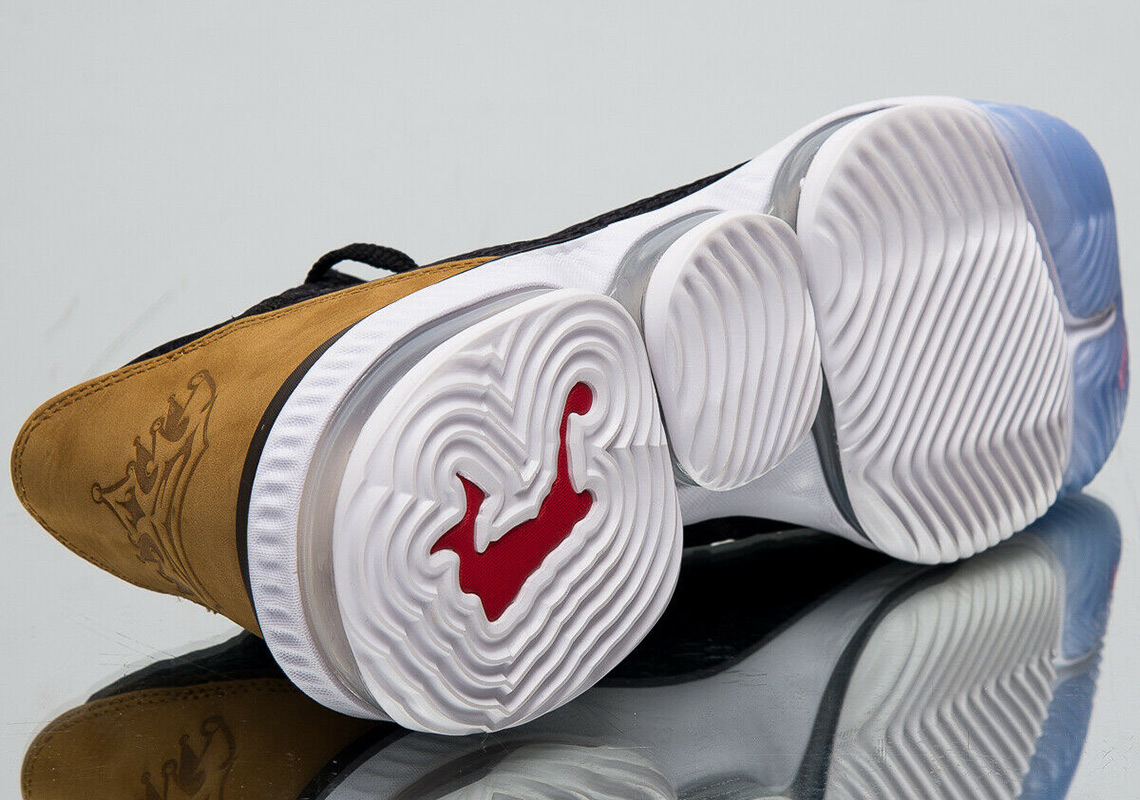