Nike continues to release some dope colorways for the Element 55.

Nike has been killing it over the last few months with their react technology. The new midsole which rivals Adidas Boost has been found on multiple sneaker models, with the most popular models being the Nike React Element 87 and the Element 55. Both of these sneakers have the same silhouette, but the 87 has a translucent upper while the 55 does not. This crucial difference has made the 87 a more sought after shoe, although people still care and show love to the 55. Nike has revealed and released some pretty dope colorways of the React Element 55 and now, they've released two more in some similar color schemes.

These two colorways look as though they're the reverse of the other. One has a white upper with blue on the tongue and a blue stripe on the back heel which says "Nike" multiple times across it. The Nike swoosh is then dressed in red. Meanwhile, the other sneaker has a blue Nike swoosh all while the stripe and the tongue are red. Both shoes have a white midsole with silver accents throughout. 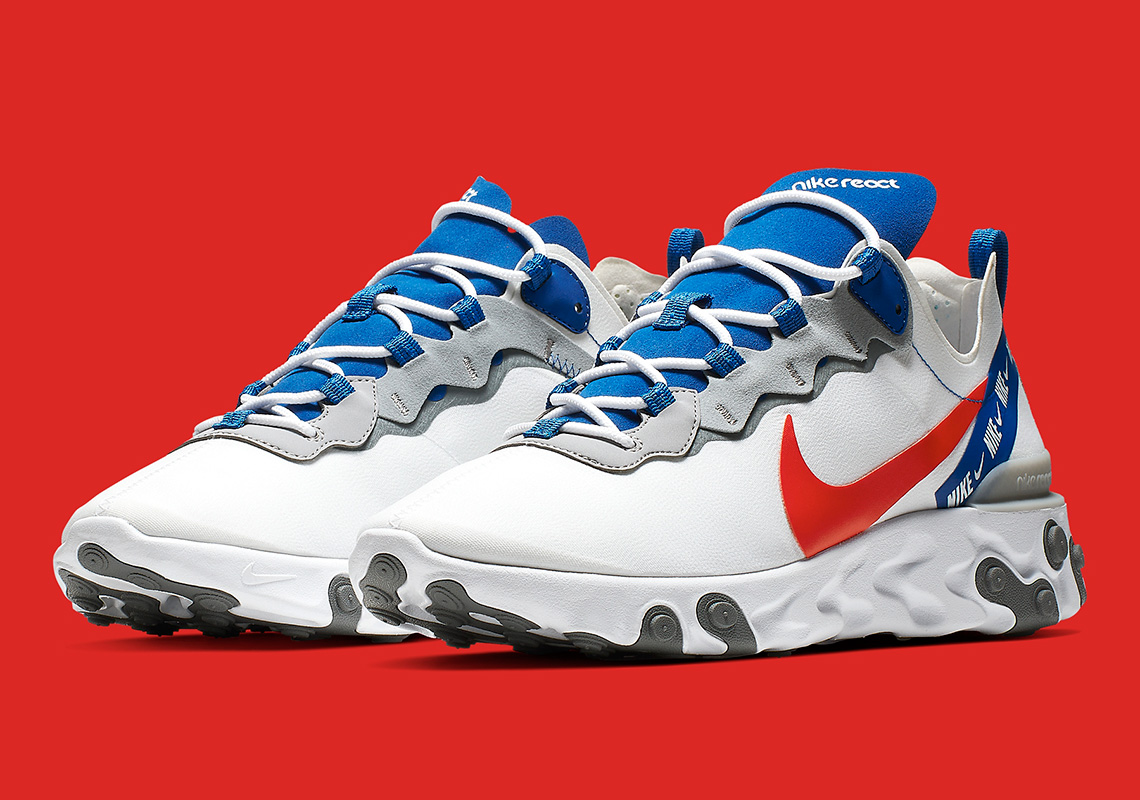 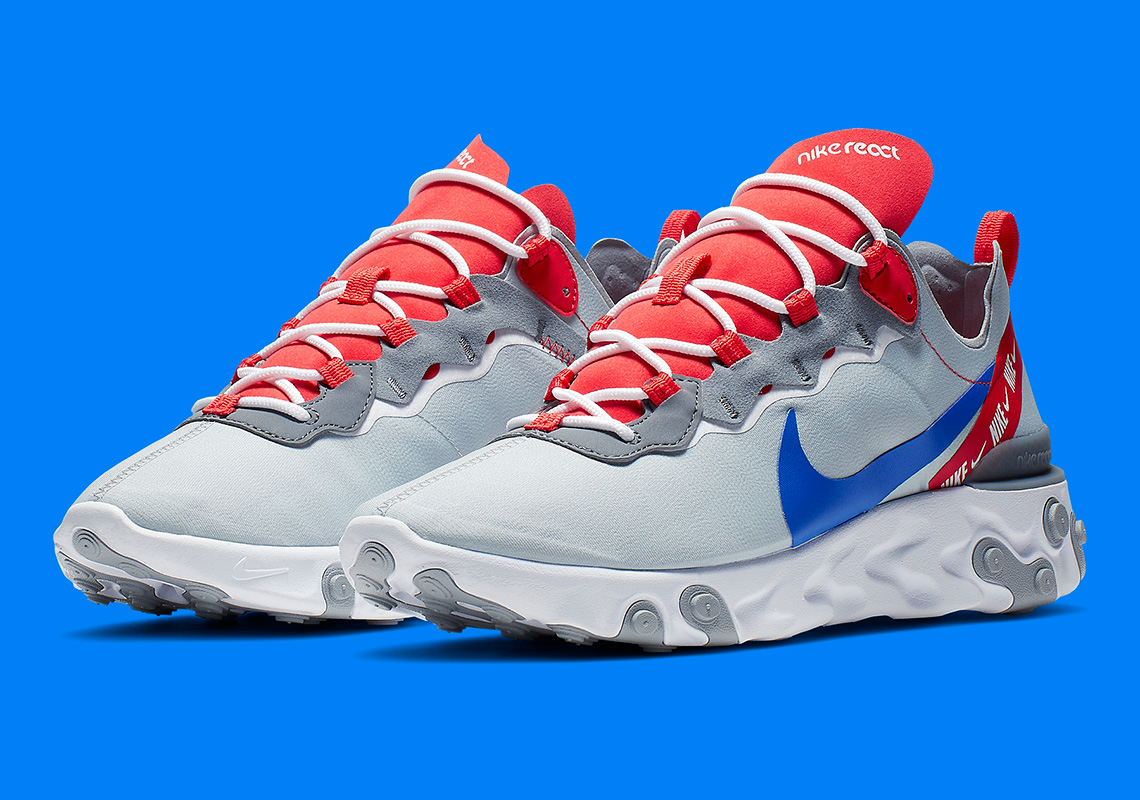 These can be purchased right now over at Nike.com for the price of $130 USD. If you're looking for an entry point into the Nike React Element 55, they appear to be a great choice.