Noname tweeted about Angela Davis and how she deserves the same type of love as Beyonce.

Noname has proven herself to be one of the most politically engaged MC's in hip-hop and continues to drop some knowledge on her Twitter account. While fans have always been aware of her political leanings, they are ever more prominent right now due to all of the racial injustice happening in the United States. Noname has been steadily educating her fanbase while also calling for other rappers in hip-hop to come through and fight alongside their people. This, of course, led a bit of a back and forth with the likes of J. Cole.

More recently, Noname found herself the target of the Beyhive. In what can only be described as an innocent tweet, Noname spoke about political activist Angela Davis and how the MC wished that Davis had received as much love as Beyonce. This didn't sit well with the Beyhive as they are always looking for someone to be mad at. In the end, Noname deleted the tweet upon realizing the backlash that has been caused. 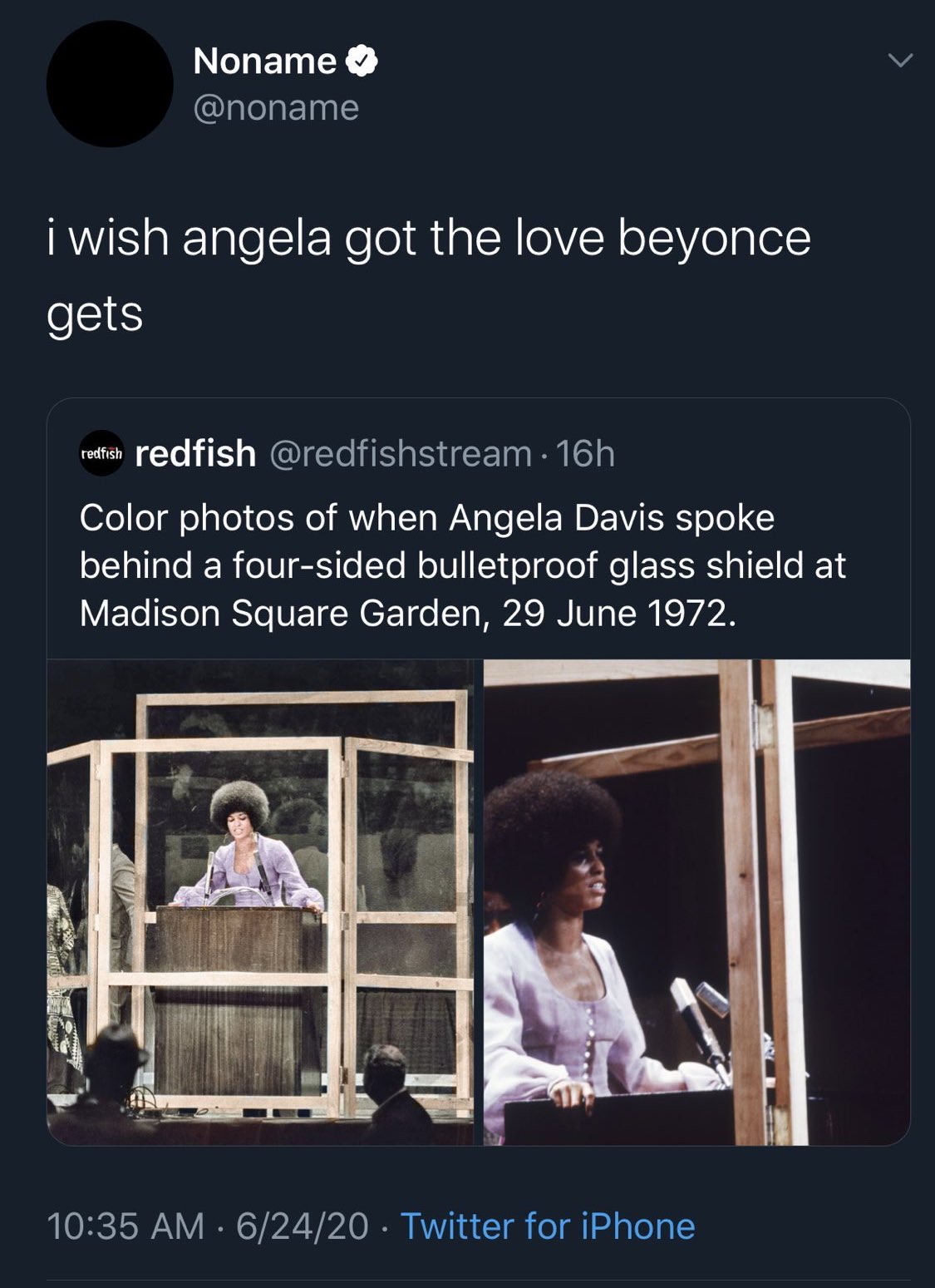 Realistically, there was nothing harmful about Noname's tweet. Propping up Angela Davis doesn't bring Beyonce down in any way shape or form. Instead, Noname was simply paying homage to a woman who was a trailblazer in her field.

Hopefully, these fanbases ease off of Noname and other notable artists in the future.