Russell Westbrook's Jordan Why Not Zer0.2 Gets Colorful First Release

These new Westbrook's are an interesting colorway, to say the least.

Russell Westbrook has been known for being a colorful personality. His outfits before every game have made him the center of attention when entering the arena every night, while his play on the court shows just how dynamic Westbrook is. The Oklahoma City Thunder superstar has been signed to Jordan Brand for six years now and last year he got his first signature sneaker, the Jordan Why Not Zer0.1. Now Westbrook is back with the Jordan Why Not Zer0.2 that comes in an all-new colorway that shows off his personality.

These performance basketball shoes have a chunky white midsole with a plastic jagged yellow piece separating the front from the back heel of the sneaker. The upper uses a mix of different materials. On the front, we see royal blue where the toe is and as the toe box runs up to the tongue, there is light blue coloring. 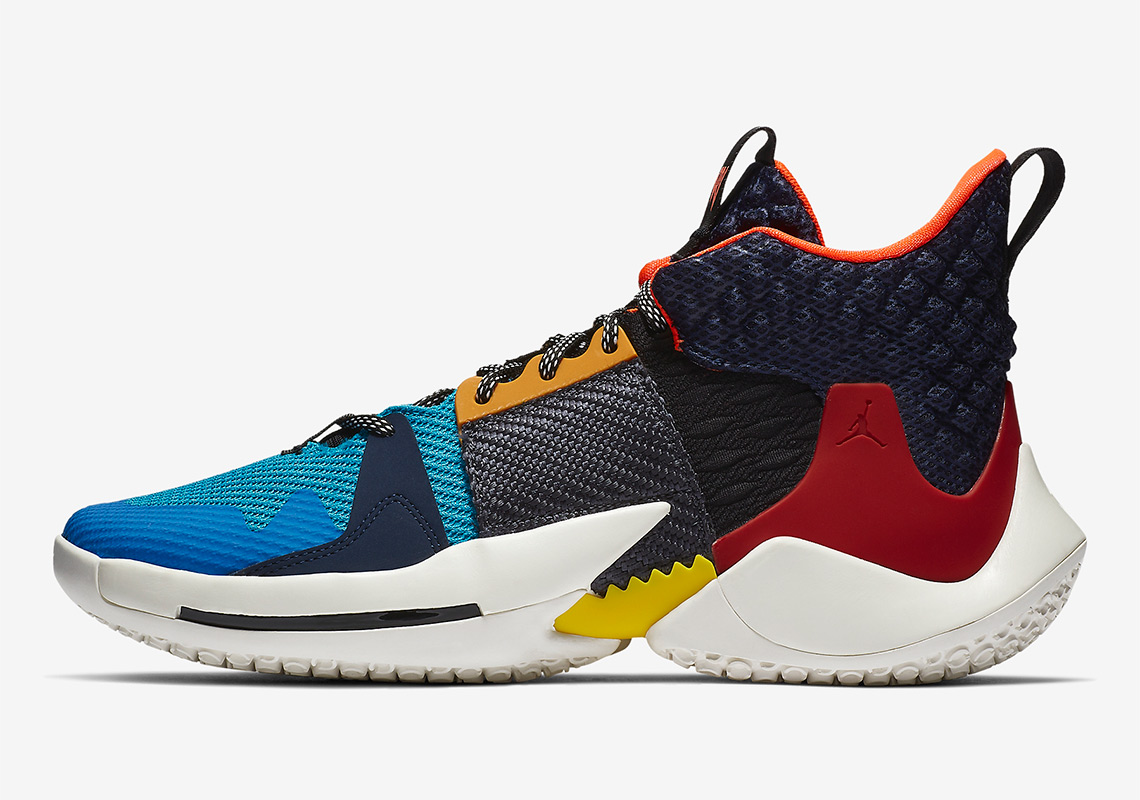 On the back of the shoe, there is a red plastic casing that comes up from the midsole with a Jumpman logo. The entire back of the shoe is in a deep navy blue, while the top cuff and inside of the sneaker are orange. It also seems as though the Why Not Zer0.2 has a higher top than the first version.

According to Sneaker News, these will be released overseas on January 2nd with no official cost attached to the shoe. Are you feeling these?

Ariana Grande FaceTimes With Her Estranged Father On Christmas Day