This collab will make sure you stay safe on the streets.

Adidas recently revealed its new Nite Jogger model to the world and since then, we have been blessed by some pretty cool and clean colorways. It was only a matter of time before sneaker boutiques started to collab with Adidas on this new shoe and put their own stamps on it. In the UK, sneaker boutique Size? will be among the first to be bestowed this privilege as they are creating a flashy new colorway for the Nite Jogger dubbed "Road Safety." If you're wondering why it's named that, all you have to do is look at the colors and you'll understand immediately.

The upper which is made up of mesh and suede tooling features some flashy colors that are modeled after a road safety worker. The orange and yellow vests that typically tell you when you're in a construction zone are the inspiration for these shoes. Throughout the upper, there are different shades of yellow, while orange is the primary color. Hints of black are found throughout the shoe as well, while the midsole is made up of white boost. 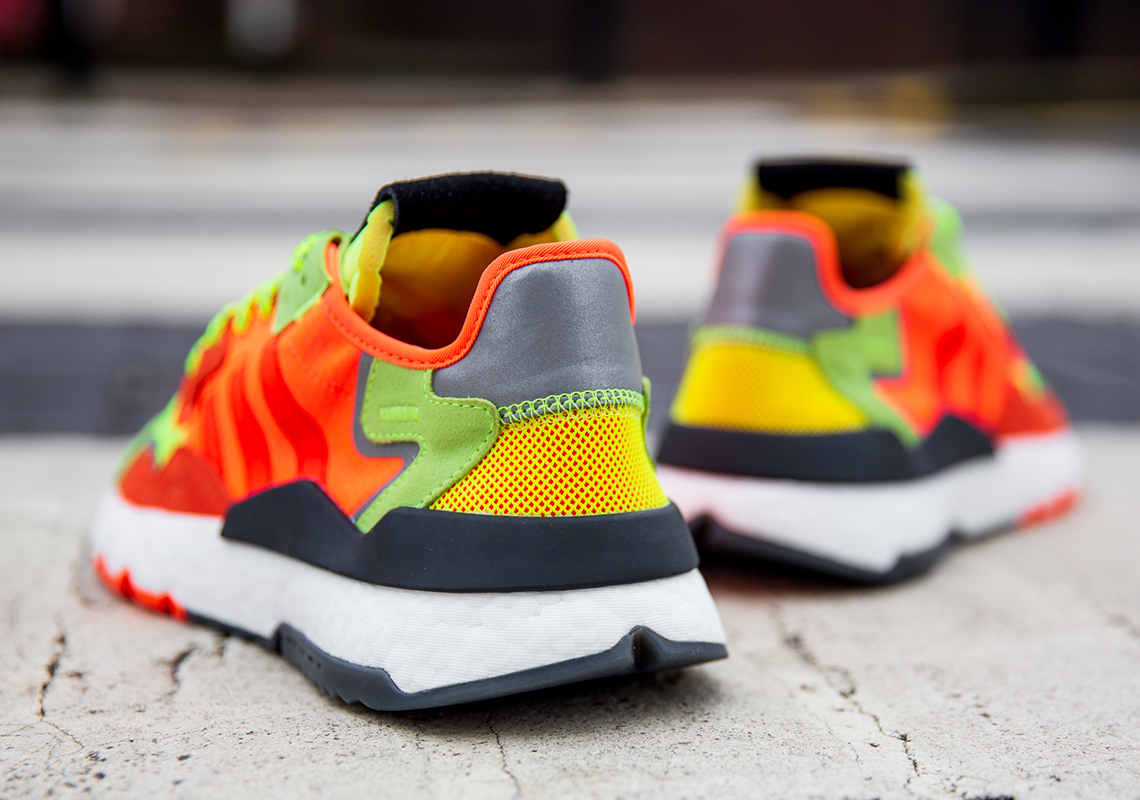 If you're looking to cop these, you'll be able to snag them on Thursday, March 7th on size? for $145 USD, according to Sneaker News.