Under Armour Curry 6 "Dub Nation" To Drop On March 29th

A familiar colorway is coming to this year's Curry model.

While Under Armour may have stumbled out of the gate when the brand first signed Golden State Warriors superstar Steph Curry to a signature shoe deal, there is no denying that they have improved. The UA Curry 6 is one of the sharpshooter's best signature shoes in both design and performance. So far, there have been some pretty great colorways of the shoe and at least one more is on the way. Warriors fans will surely recognize this model as it sports the iconic "Dub Nation" colorway that has become a staple of Curry's line with Under Armour.

The "Dub Nation" model pays homage to the Golden State Warriors iconic blue and yellow jerseys. This particular model focuses on the home jersey, with an all-white knit upper. Meanwhile, the midsole is dressed in Warriors blue all while the SC30 logo on the heel is yellow. It's a pretty clean pair of kicks that will look great out on the court. 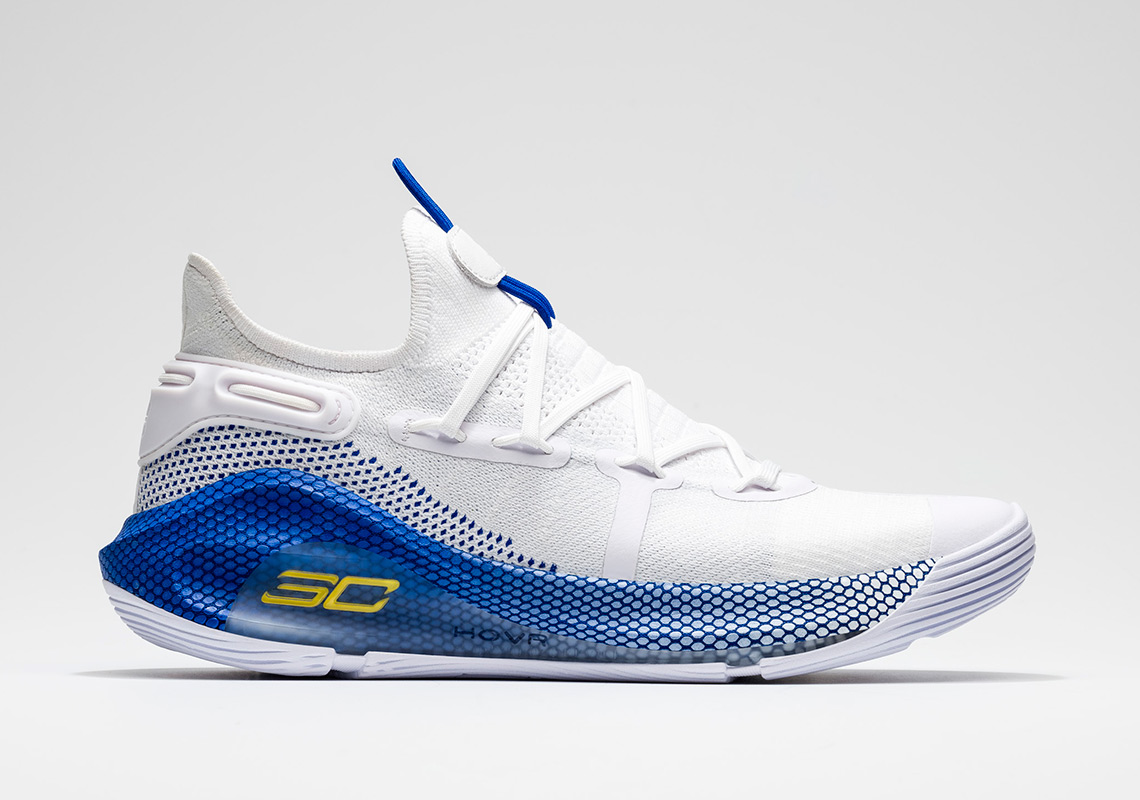 Curry fans who want to rep their favorite team's colors can expect these to drop on March 29th for $130 USD. According to Sneaker News, there will be a limited run on UA.com as well as a special release at a pop-up shot at 472 9th Street in downtown Oakland